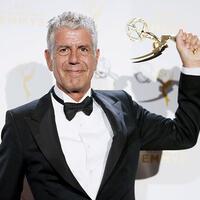 PARIS Celebrity chef and food critic Anthony Bourdain, winner of an Emmy Award, was found dead in a hotel room in France, CNN reported on June 8. He was 61 years old. class = “cf”> Bourdain’s cause of death is suicide, CNN confirmed. “It is with extraordinary sadness that we END_OF_DOCUMENT_TOKEN_TO_BE_REPLACED