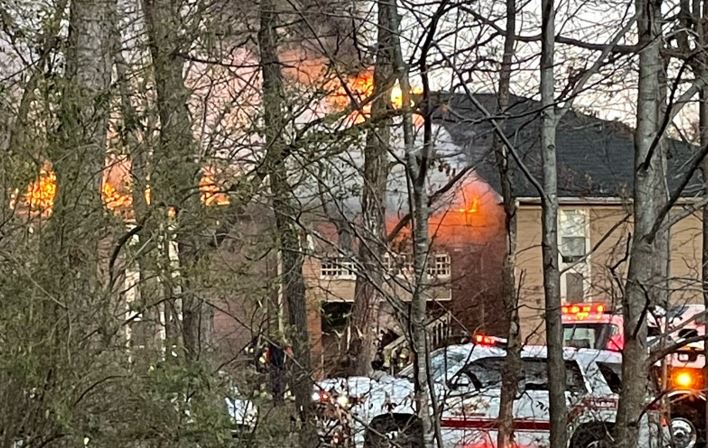 RALEIGH, NC (WNCN) — One person has died and a dozen residents have been displaced after four apartments in North Raleigh were damaged by fire Sunday night, officials said.

A heavy fire was coming from an apartment when firefighters first arrived.

The call was immediately escalated and about 60 firefighters eventually battled the blaze, Sherrill said.

The fire spread to another apartment, leaving two units heavily damaged, he said.

A resident was rescued from the burning apartment but was injured and taken to hospital for treatment, Sherrill said. Raleigh police said one person later died.

It took the crews 30 minutes to bring the fire under control.

Two apartments were damaged by smoke and water.

The American Red Cross has been contacted to help the displaced residents.