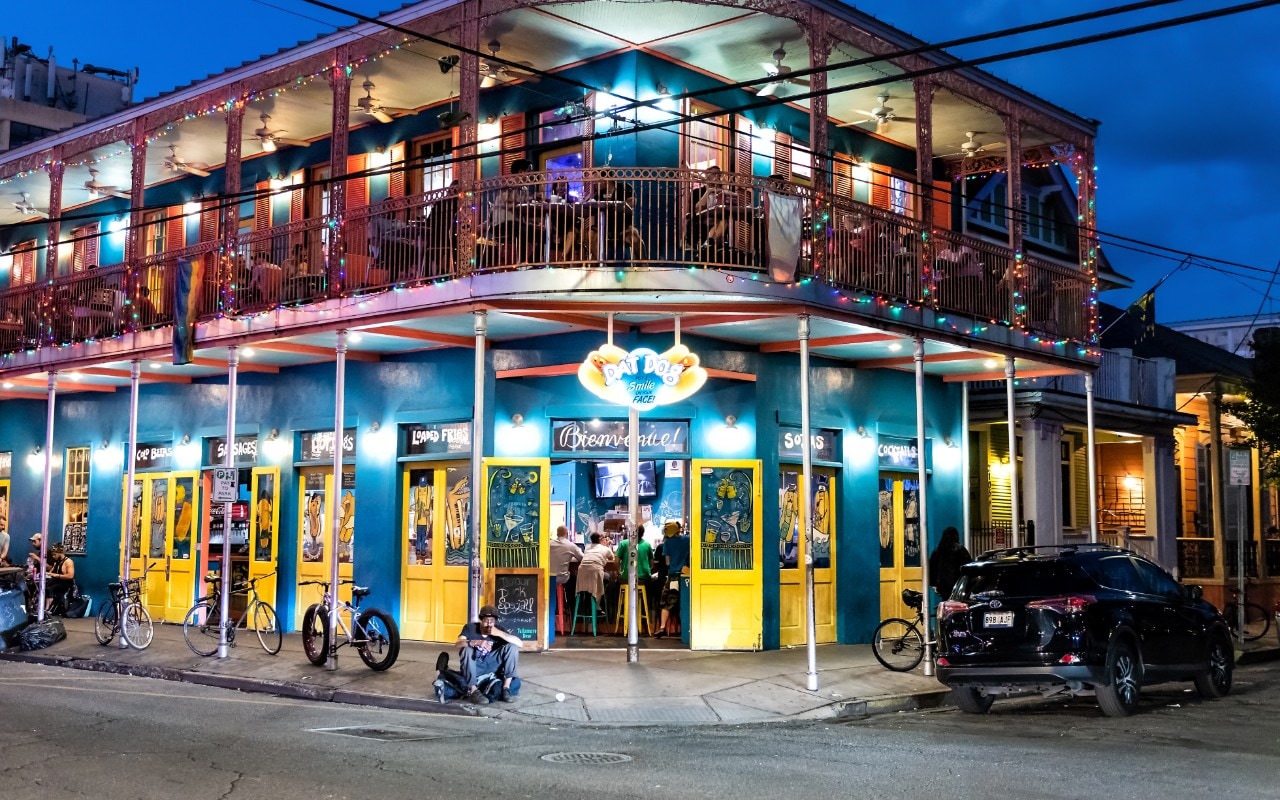 Long after sunset, Bourbon Street is in full swing. America’s loudest street has a justified reputation for hedonism and smooth whiskey. But it is at the heart of something much more graceful.

The French Quarter is the oldest part of New Orleans, as it was conceived by French settlers who originally made Louisiana their home. It is a place of beautiful 18th century buildings that wear their European influences on their sleeves. The Cabildo, a former colonial government residence, has distinct Spanish leanings, while the three-spired St. Louis Cathedral could have been transplanted directly from France.

A common mistake is to assume that the original New Orleans is the only New Orleans. Across Canal Street from the French Quarter is the central business district, where downtown actually moved after the French lost control.

At first glance, it’s the part of New Orleans that could be anywhere in the United States. But amid the office buildings, condos, and sports stadiums are several of the city’s destination restaurants, theaters, and cultural attractions.

The National WWII Museum, Center for Contemporary Art and South Ogden Art Museum form a triangle in the arts-focused warehouse district at the south end. Thoughtful developments have proven adept at mixing the fun into business.

Lafayette Square is leading the CBD charm offensive. Backed by the Greek Revival monument Gallier Hall, there is always something going on here. The school’s bands put on shows they’ve spent weeks rehearsing, the free summer concert series surprisingly draws big names to the stage, and a blues festival takes over in the fall.

Northwest of the French Quarter is the Treme, the first African-American neighborhood in the United States. The cultural centerpiece is Congo Square, where slaves would gather on Sundays to socialize, sell crafts and play music, which later evolved into jazz. The Treme, ramshackle in parts, gentrified in others, is still the city’s African-American hub, with Congo Square now part of the sprawling green Louis Armstrong Park.

The city’s brass band culture is at its peak in the Treme. This is where you’re most likely to stumble upon a colorful Second Line parade, where cheery dancers twirl umbrellas behind marching bands.

Marigny/Bywater, downriver from the French Quarter, is traditionally the Creole neighborhood of New Orleans. The influence can be seen in the brightly painted buildings – some mansions, some seemingly cobbled together at short notice.

These days, however, the Marigny/Bywater motto is as cool as it is Creole. Over the past few decades, creative types out of the French Quarter have moved in, creating independent galleries, specialty record stores, and a blizzard of restaurants that have that magic formula of high-quality food but a laid-back neighborhood vibe.

Frenchmen Street, lined with intimate music clubs of nearly every genre you can think of, is New Orleans at its most evocative. And, in a city where just about everything is evocative, it’s a proud label to wear.

2022-10-27
Previous Post: ‘The White Lotus’ Season 2: Inside the idyllic new hotel
Next Post: Five updates for owners in France