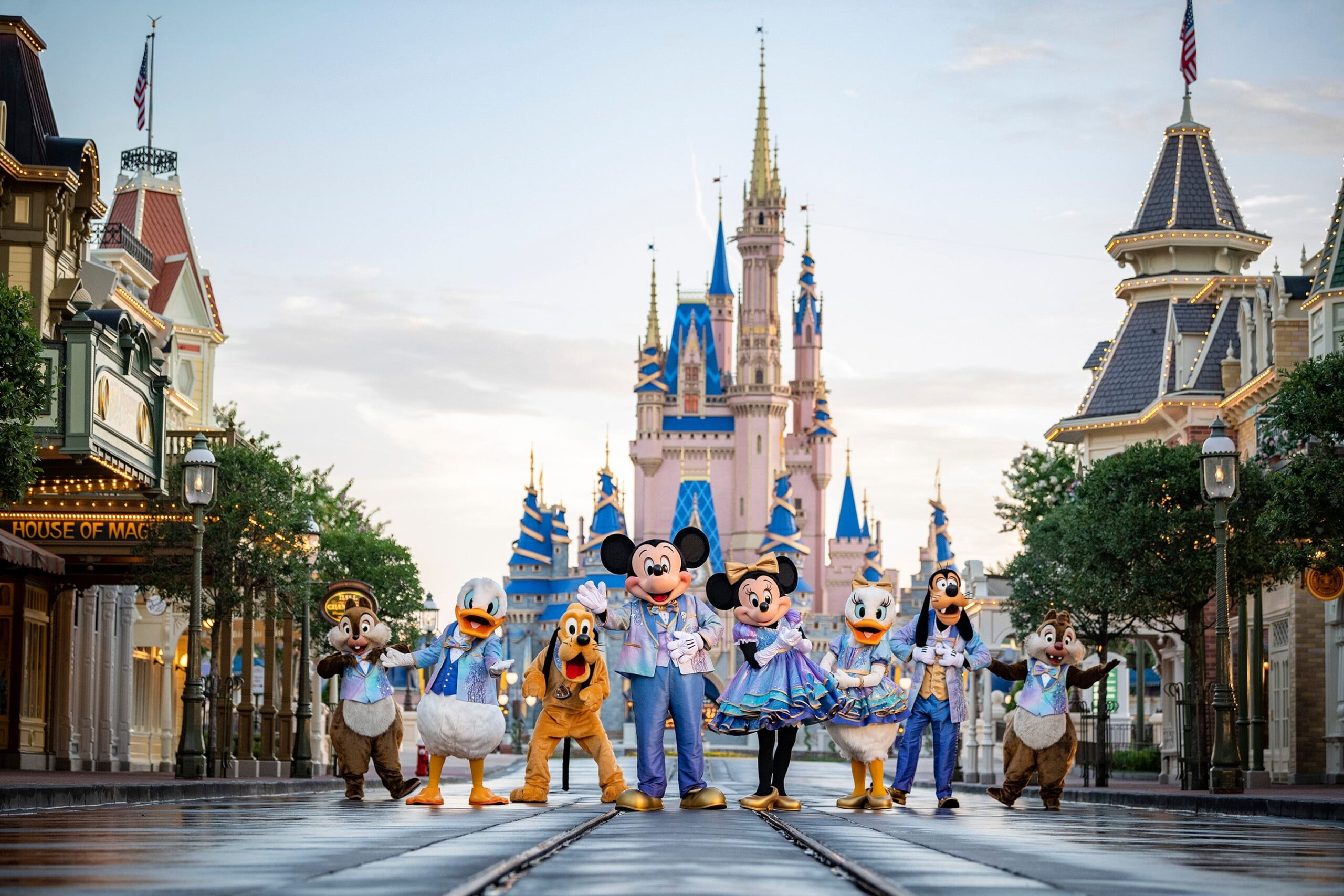 It’s the perfect year to visit Walt Disney World, as The Most Magical Place on Earth celebrates the resort’s 50th anniversary with new attractions, events, food and merchandise.

Walt Disney World Resort opened on October 1, 1971, and now, 50 years later, the home of the Magic Kingdom has something to celebrate with 18 months of festivities.

Throughout the resort and all four parks, you’ll find special rides, tasty treats, and new entertainment and major new attractions.

Launching May 27 at EPCOT, Guardians of the Galaxy: Cosmic Rewind is the park’s first roller coaster, and it’s one of the longest fully enclosed roller coasters in the world. With film-inspired music and an intergalactic chase through time and space, it will take guests out of this world.

Along with Rocket, Groot, Drax, Gamora, and Star-Lord, Cosmic Rewind is part of the new otherworldly pavilion dedicated to Xandarians along with the Marvels of Xandar pavilion.

Enter the world of Pixar Ratatouille as you join chef Remy and dash into Gusteau’s famed restaurant for a one-of-a-kind attraction that shrinks you down to Remy’s size.

And then get a real taste of Paris with sweet and savory crepes, and table or quick-service options, at La Crêperie de Paris.

While you’re at EPCOT, you can also sit around the World Showcase Lagoon every night for Harmonious, the biggest nighttime show ever at a Disney park.

The Magic Kingdom also launched its new nighttime show, Disney Enchantment, featuring fireworks, music, light effects and an immersive projection that brings the magic of Cinderella’s Castle all the way down Main Street, to the States. -United.

Some of the other celebrations across the parks include Beacons of Magic, an “EARidescent Glow” at Cinderella’s Castle, Disney’s Animal Kingdom theme park, Hollywood Tower Hotel at Disney’s Hollywood Studios, and EPCOT’s Spaceship Earth.

At Hollywood Studios, Star Wars: Galactic Starcruiser also launched with an immersive Star Wars experience for guests during a two-night adventure, where it’s like being transported straight to that galaxy far, far away.

This year, Walt Disney World will also launch the new MagicBand+a new generation of customizable, color-changing MagicBands that will allow visitors to experience the parks in new ways, like becoming a bounty hunter in Star Wars: Galaxy’s Edge.

And there are plenty of special dishes, snacks, and treats throughout the resort, from an EARidescent Croissant Donut at EPCOT and an EARidescent Frozen Dream Cone at Disney’s Blizzard Beach Water Park, to the Magical Beacon Cocktail at select restaurants. , lounges and restaurants with table service. pool bars at Walt Disney World.

These are really just the highlights of a few of the Disney Parks parks, events, and activities. Walt Disney World Resort Stores also released a number of 50th Anniversary merchandise, celebrating the parks history and drawing inspiration from the Magic Kingdom itself.

Thank you for subscribing.

We respect your privacy and take its protection seriously.

2022-04-21
Previous Post: An Afghan ‘TikTok migrant’ posed in a designer outfit at a ski resort before bragging about crossing the English Channel
Next Post: UK and Germany lead serviced apartment openings | Ruth Holmes