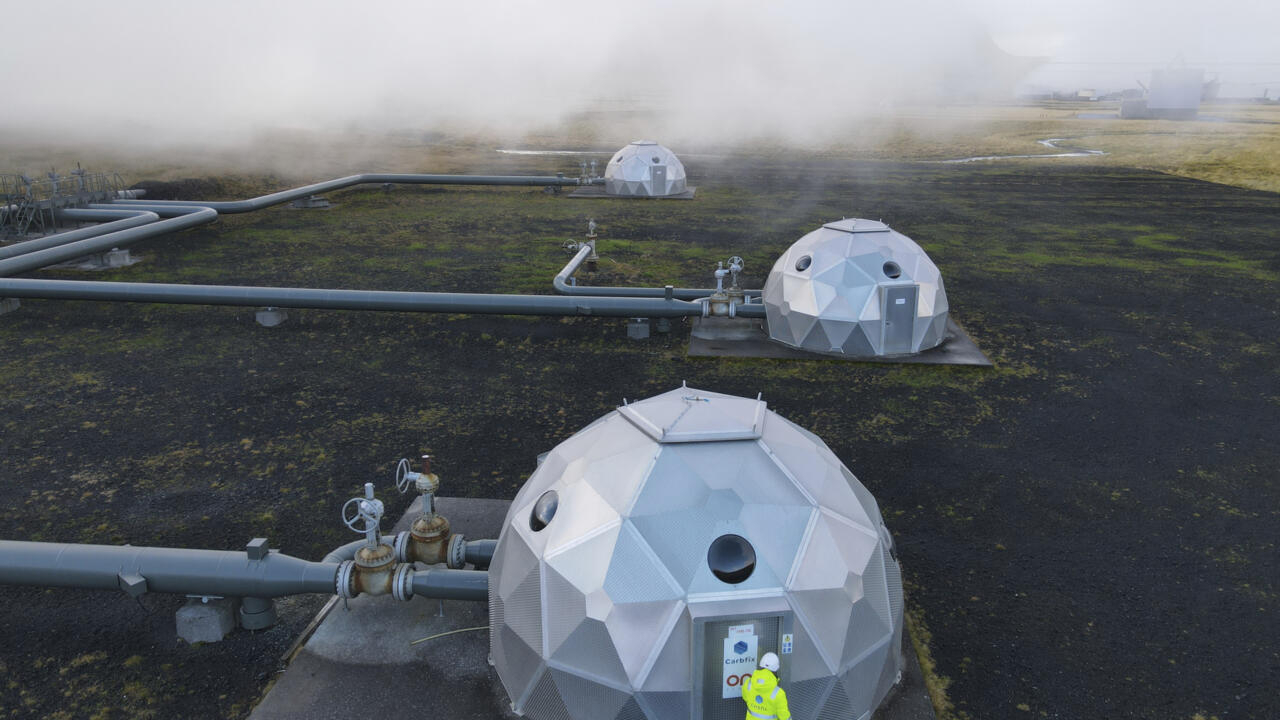 Extract CO2 from the air

Paris (AFP)- To save the world from the worst ravages of climate change, reducing carbon pollution is no longer enough – CO2 will also have to be sucked out of the atmosphere and buried, according to a landmark UN report on Monday.

If humanity had started reducing greenhouse gas emissions 20 years ago, an annual decrease of 2% until 2030 would have put us on the right track. Difficult, but doable.

Instead, emissions increased another 20% to more than 40 billion tonnes of CO2 in 2021.

This means that a sharp drop in emissions of six or seven percent per year is needed to avoid violating the Paris climate treaty’s goal of capping global warming at “well below” two degrees Celsius from at pre-industrial levels.

Staying below the safer aspiration threshold of 1.5°C would mean an even steeper drop.

To put that into perspective, the painful shutdown of the global economy in 2020 due to Covid saw “only” a 5.6% decrease in CO2 emissions.

Hence the need to eliminate carbon dioxide (CDR), or “negative emissions”, which is likely to feature prominently in the United Nations Intergovernmental Panel on Climate Change (IPCC) report.

Even under the most aggressive carbon reduction scenarios, several billion tons of CO2 will need to be removed from the atmosphere each year by 2050, and a cumulative total of hundreds of billions of tons by 2100.

To date, however, CO2 removal is far from these levels. The largest direct air capture facility in the world eliminates in a year what humanity emits in three or four seconds.

There are at least a dozen CDR techniques on the table, with different potentials and costs.

Most of the hundreds of models laying out a game plan for a livable future reserve a significant role for a negative emissions solution called BECCS, or bioenergy with carbon capture and storage.

In a nutshell, here’s the recipe: grow trees, burn them for energy and bury the CO2 underground, in an abandoned mine shaft, for example.

But what works on paper (or in so-called integrated assessment models) has not materialized in reality.

One of the world’s few commercial-scale BECCS facilities, in Britain, was removed from the S&P Clean Energy Index last year because it failed to meet sustainability criteria.

“I don’t see a BECCS boom,” said Oliver Geden, senior researcher at the German Institute for International and Security Affairs and CDR expert.

Restoring forests and planting trees that absorb and store CO2 as they grow also feature prominently in development scenarios reaching net zero emissions, whether in 2050 or later.

But the amount of land needed to drastically reduce CO2 levels through planting trees – up to twice the size of India – could conflict with other priorities, such as growing food crops. and biofuels.

Newly planted forests could also fall victim to wildfires made more frequent and intense by rising temperatures, leading to the release of all their stored CO2.

One of the newest CDR technologies is also one of the hottest: direct airborne carbon capture and storage.

With variations, DACCS is a chemical process that extracts carbon dioxide directly from the atmosphere, converts it to solid form, or locks it underground.

Because the CO2 in the air is so rare – a few hundred parts per million – it’s a very energy-intensive and expensive process.

DACCS has received an outpouring of corporate support.

How quickly it can scale and at what cost remain open questions.

Enhanced weathering involves mining and crushing mineral-rich rocks that naturally absorb CO2, then spreading them on land or sea.

It aims to dramatically speed up a process that normally takes place on geological time scales of tens of thousands of years.

Silicate rocks with minerals rich in calcium and magnesium but devoid of metal ions such as nickel and chromium are the best raw material for the job.

But, again, it’s unclear if the enhanced weathering can be extended enough, and at what cost.

The oceans already absorb more than 30% of humanity’s carbon emissions, and scientists are experimenting with ways to increase that capacity.

One approach is to improve marine alkalinity, either by directly adding natural or synthetic alkaline minerals or by electrochemically treating seawater.

Another approach, known as ocean fertilization, increases the density of tiny phytoplankton that produce and sequester organic carbon through photosynthesis, like land plants. Adding nitrogen or iron stimulates the growth of phytoplankton.

2022-04-01
Previous Post: Accor announces plans for a new Sofitel hotel in Medina
Next Post: This Stunning Beach Resort in British Columbia Will Make You Think You’re in the South of France