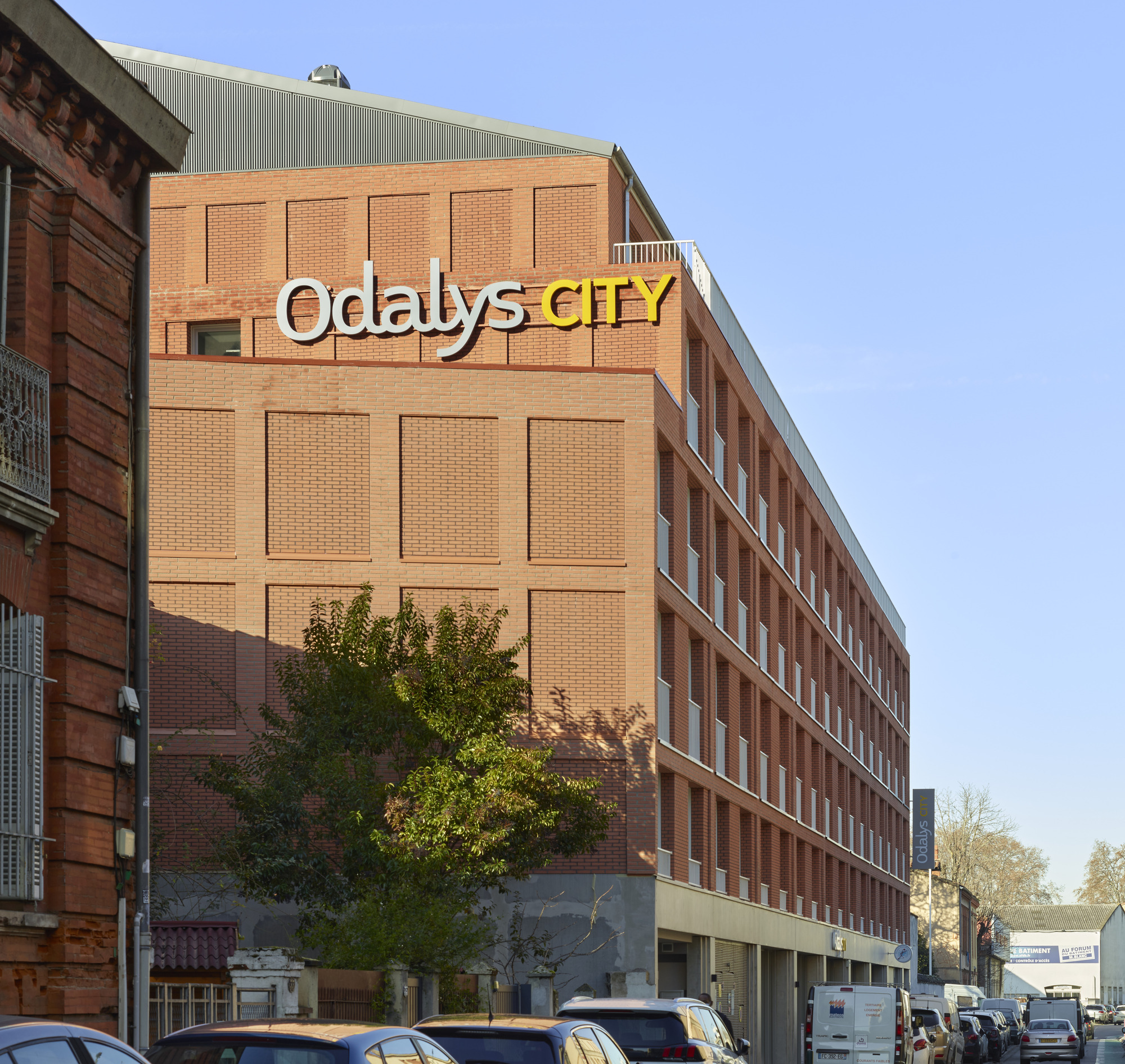 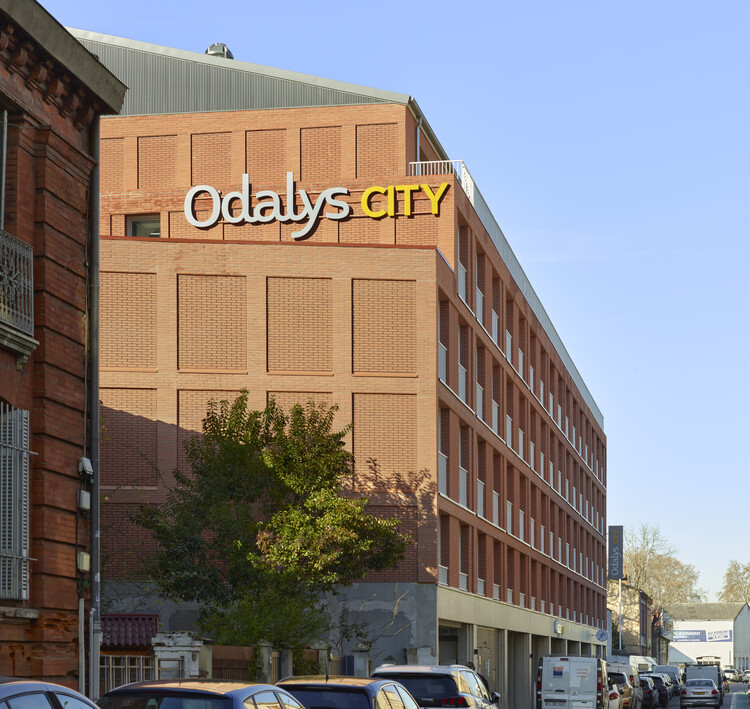 On the ground floor, the common areas of the residence, as well as the main hall of the block, contribute to rejuvenating the rue du Béarnais through large bay windows revealing the landscaped interior courtyard. The balanced and neutral design of the street side facade creates a transition between the existing street facades and the new neighborhood in development.

The plan of the building adopts a comb shape, generating a continuous urban facade on the rue du Béarnais while opening the hotel and the housing apartments on the landscaped garden. These two functional units are fundamentally different in their design, particularly in their use and their relationship to the public space. The project, through its design of materials and volumes, however seeks to display a unified and sober image.

The main building along the street rises four stories above ground level and completes the urban facade, with a recess at the upper level reducing the scale of the building. The design of the facade is strictly regular, referring to the apartment houses typical of the Haussmann streets of Toulouse. The continuity of the window sills on the facade creates a rhythm that breaks up the repetitiveness of the windows.

The ground floor becomes a transition space between the public space of the street and the private spaces of the residence and contains the common areas of the hotel residence, the main hall of the housing block as well as access to the car park underground. The ground floor is therefore largely glazed to easily identify these spaces, but also to rejuvenate and invigorate the streetscape by opening the spaces onto the street.

Two wings perpendicular to the street and the main building flank the interior garden. The north wing is made up of all through apartments, while the south flank contains additional hotel apartments. All the living spaces open generously onto the garden through large bay windows.

The gables of the main building are staggered to articulate the project in the streetscape. The ground floor is voluntarily largely glazed on the common parts while the technical spaces are closed by shutter panels of the same proportions.

The base of the building is constructed using precast pillars and lintels of gray concrete, a particularly well-executed and durable material that offered the sought-after qualities of aesthetics and sheer simplicity in the repeating pattern and detailing. While the large glass panels on the ground floor are discreet and expand the spaces and proportions of the facade, the windows on the upper levels are white to make the link with the light gray of the precast concrete. Traditional inward-opening casement windows add a domestic character to the facade, while generous window sizes allow for unobstructed views of the rooms to the outside and give the impression of a balcony, reinforced by the ledge of the lowered window and the vertical balustrade.

The structure of the building is expressed using pilasters and brick cladding with different masonry patterns. The staggered gables are also clad in ornate brickwork and add to the dynamism seen from the Rue du Béarnais entrance, while creating a backdrop for signage and a focal point in the streetscape. The project thus finds itself firmly anchored in the city of brick that is Toulouse.

2022-10-29
Previous Post: Antoine Lhomme appointed director of catering at the Four Seasons Resort Nevis
Next Post: A designer has transformed her Tumbledown NYC apartment into a minimalist retreat