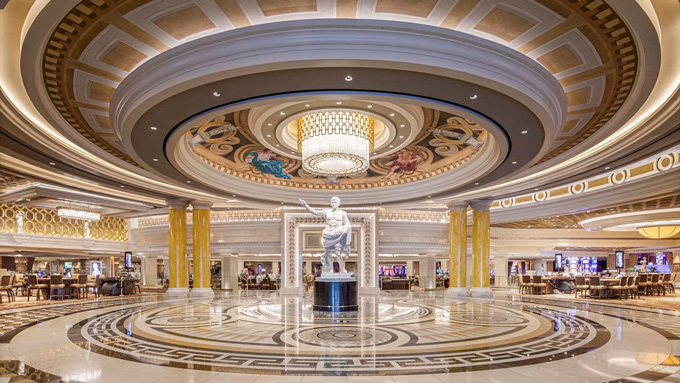 Here is an overview of things to do in Las Vegas October 2022.

Upon arrival, guests will be immersed in Mexico City’s underground tequila culture, sipping premium spirits and craft cocktails inspired by the birthplace of tequila, Jalisco, Guadalajara.

Sounds of modern Mexican music, Latin DJs and pure rock n’ roll will be heard as guests are transported to a Mexico City tequileria with a Las Vegas twist.

The mixology program is inspired by authentic recipes and modern techniques from south of the border and offers a whole new approach to the traditional agave cocktail.

Chef Dominique will bring his signature creations to the Strip, including his signature Cronut® pastry, best-selling DKA (Dominique’s Kouign Amann), freshly baked French pastries and the new “Lucky 7” collection – a set of pastries as unique as Las Vegas.

As a “thank you” to those who wish to take their first bites of Chef Dominique’s masterpieces, the first 100 guests will receive a commemorative gift to celebrate the opening.

Known as an innovator in the baking industry, Chef Dominique has created some of the world’s most famous pastries, including the Cronut®, which was named one of the “Top 25 Inventions of 2013” by TIME magazine. .

The Cronut® will debut on The Strip at Dominique Ansel Las Vegas, and each month the store will feature a new Cronut® flavor available only at Caesars Palace.

The Neon Museum re-illuminated the historic Plaza Hotel & Casino sign during a special lighting ceremony and reception, after which the sign made its public debut as a permanent addition to the collection of the Museum in its Neon Boneyard.

The project, which took over 100 hours in total, included repairing damaged sheet metal to restore the sign to its original shape and painting the nearly 40-year-old sign.

When the Plaza built its south tower in 1983, Ad-Art and Charles Barnard, the mastermind behind the design of classic Las Vegas signs like Vegas Vickie, Sassy Sally’s and the Mirage, were hired to create the property’s signs at the 1 Main Street.

The Plaza still has the Barnard-designed signs on its building.

The one donated to the Neon Museum was located on the Main Street facade of the Plaza between its two towers until 2011, when the Plaza underwent a property-wide renovation.

The Plaza sign is the 22nd sign to be renovated and re-lit in the Museum’s Neon Boneyard.

The last sign that was re-illuminated was the Moulin Rouge in September 2020.

The redesigned space features a dramatic entrance with a coffered ceiling, refreshed play areas and the new Galleria bar in the hotel lobby.

Having raised the lobby roof to match the grandeur of the hotel lobby, guests arriving at Caesars Palace now enter a beautifully lit space, complete with a coffered ceiling and intricate marble mosaic flooring.

The linear rays that radiate from the chandelier contain approximately 120,000 additional crystals.

With over a million dollars in crystals, brighter, energy-efficient LED lighting, and redesigned carpet, wall, and ceiling coverings, the domed play area is everything guests loved about the iconic original with a modern twist.

Another welcome addition, Galleria Bar in the hotel lobby allows guests to enjoy a cocktail while waiting for check-in.