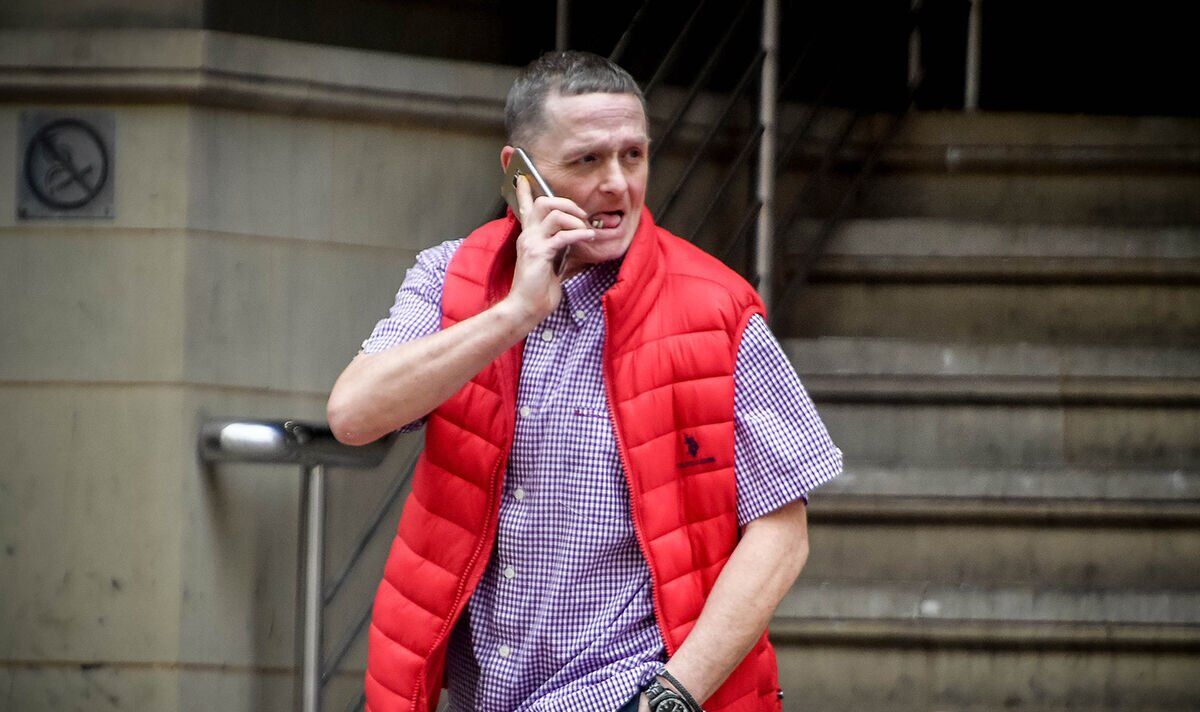 Gary McGann, 54, ‘lost it’ in an altercation with another man and, armed with a wrench, threw the man to the floor of the tower lobby. A court heard Kieron Ankers, 24, and Mickie Wilson, 22, arrived with knives and a shocking mass fight involving the four men ensued.

McGann punched his neighbor multiple times during the 20-minute scuffle, which only ended after police arrived, with CCTV security operators spotting the behavior on camera.

But McGann, Ankers and Wilson were all spared jail yesterday at Minshull Street Crown Court despite the admission of the fight.

The neighbor and the other men present were not charged, Minshull Street Crown Court heard.

The brawl happened on January 14 last year at the tower block in Ashton-under-Lyne, Greater Manchester, following ongoing and unexplained animosity between McGann and the neighbour.

There was no evidence the knives were used in the fight, prosecutors said.

McGann had claimed in court that the man attacked him first.

Mark Fireman, defending, said the other man initially had the key and McGann snatched it from him.

Lawyers for Ankers and Wilson said they acted “impulsively” and “recklessly.”

The judge said: “Although it is possible that no member of the public was there because it was early in the morning, the people who live there have the right to come and go from this building in peace, whatever whatever time they choose.”

The three defendants were also sentenced to perform days of compulsory rehabilitation activities.