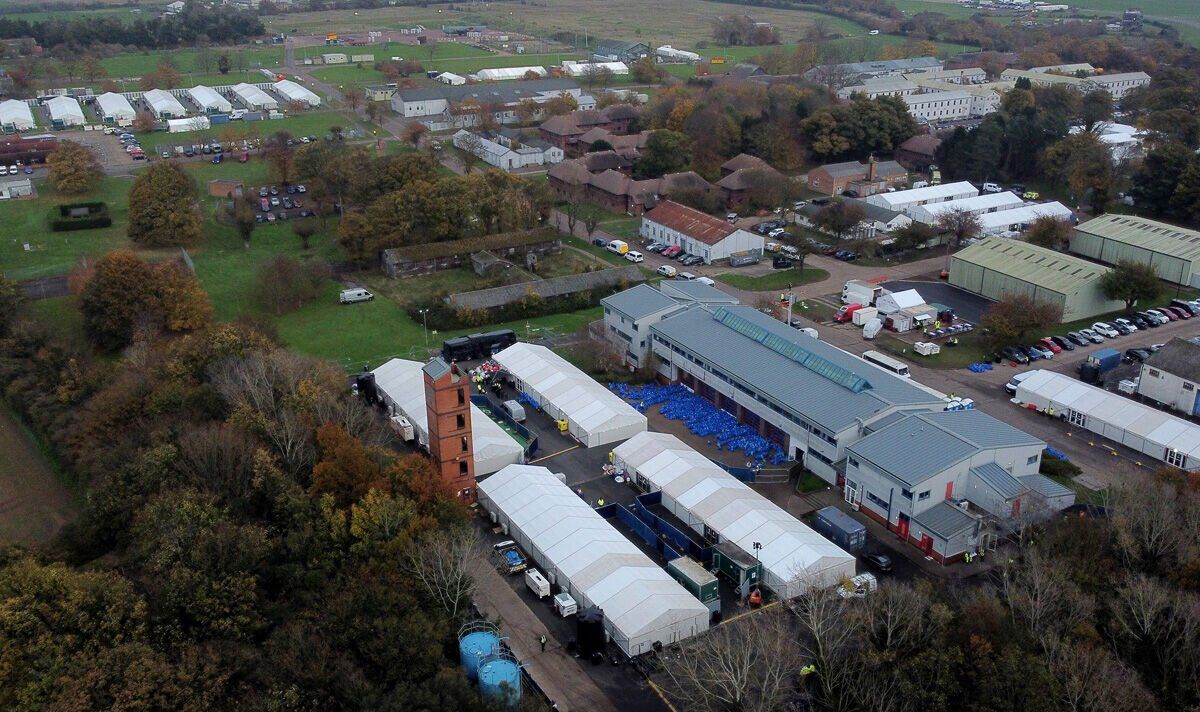 An asylum seeker accused of raping a teenager has ‘disappeared’ while being moved to a new hotel booked by the Home Office. According to Tory MP Greg Smith, the man was moved to a hotel in Buckinghamshire but Metropolitan Police officers did not escort him inside – at which point he disappeared. The 39-year-old was moved from a hotel in Waltham Forest, London, after officers received reports of a rape. Last night MPs and advisers expressed concern over the blunder that allowed the suspect to disappear, calling it ‘totally unacceptable’.

Immigration Minister Robert Jenrick has promised to urgently investigate the “very concerning” incident, after it was raised in the House of Commons by Mr Smith.

The MP for Buckingham told Mr Jenrick: ‘Buckinghamshire Council received third-hand knowledge from a London borough this morning that an asylum seeker under investigation for a very serious offense has was transferred to Buckingham Asylum Hotel by the Metropolitan Police but was not escorted to the premises and has since disappeared.

He added that the process had been “completely unacceptable”, calling for swift action to find him and keep him in “safe accommodation” until the investigation into the alleged October 5 rape could be completed.

Mr Jenrick assured MPs he would ‘report back’ after looking into the matter.

The asylum seeker is currently out on bail pending further investigation and is due to return to the police station in early January.

A spokesman for the Met Police said responsibility for her accommodation lay with the Home Office.

However, a Home Office source said: ‘The bail conditions for this suspect are a matter for the police and we have no power to detain him. There is no evidence that he fled.

A department spokesperson said: “If a person seeking asylum commits a criminal offense, their bail conditions would be set by police in the usual manner. Their subsequent movements would depend on the conditions set and their The Home Office does not have the power to detain individuals solely because they are on police bail.

“If an asylum seeker flees before a decision is made on their asylum application, or if they do not comply with our procedures, we have a dedicated national fugitive tracing team for trace them and bring them back into contact with the Ministry of the Interior and their complaint can be withdrawn.

Referring to the findings of the National Crime Agency, Tory MP Philip Hollobone said of the thousands of young men arriving in the country: “When they arrive they seek asylum and then the Home Office transports this crime in communities across the country to infiltrate locals. crime scene”.

He added: ‘From where I sit, at present Her Majesty’s Government are not protecting our coasts or my local community from an increase in imported crime.’

Conservative MP Marco Longhi added that the treatment of migrants “constitutes a complete and utter travesty of our border control systems”.

He claimed they are “then put up in hotels across the country, fed, watered and not having to pay energy bills for 400 days, I’ve actually known that for years and years.”

Mr Longhi called for the implementation of Rwanda’s controversial plan, or the return of migrants “to France”, arguing: “deterrence would be the main thing that stops the crossing in the first place”.

The Joint Council for Immigrant Welfare has called the hotel program “dysfunctional” and called for more structured ways of dealing with refugees, including a holistic resettlement program and travel documents that discourage travel by immigrants. risky and illegal means, such as crossing the English Channel in a dinghy. .