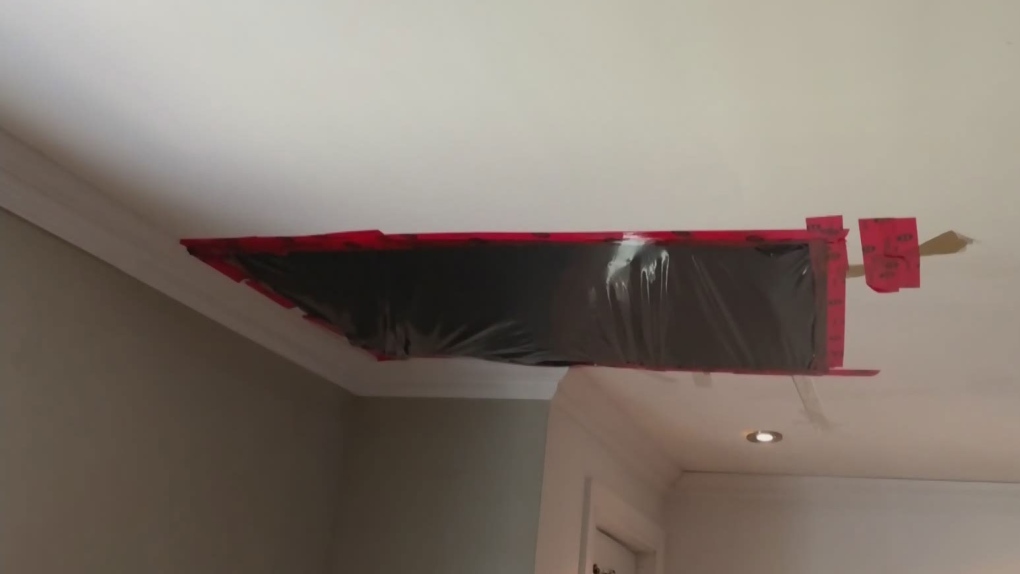 Tenants deplore the living conditions of an apartment in Châteauguay

Tenants of an apartment complex in Chateauguay say they have been living for two months in uncomfortable conditions caused by a leaky roof and they feel like the landlord is avoiding them.

When Michelle Holden came home one weekend in June, she says, she noticed a large damp bubble on her dining room ceiling.

She says she never thought that more than two months later she would still be living with problems.

“I have a disgusting amount of mold, and when I come home and it rains, there’s water running down my hallway,” she said.

Inside his apartment, there is a large leaky hole covered only in plastic.

Other units here are also having problems: Jamie Lee’s balcony roof fell off last winter, which he says allowed a family of raccoons into his attic. In the winter, he said, he heard them in his ceiling and told CTV the building had done nothing about it.

“I sent emails, no response. I even tried to knock on their door, [but] nobody is there. They sent me a concierge, he looked and even he’s fed up,” he says.

Other tenants also have holes in their ceilings and they also say management never gets back to them when they call to complain.

“The answering machine tells me to leave a message. I do and no one calls me back,” said tenant Ghyslaine Bouthat.

Owner France Héroux insisted she takes the problems seriously, but says they still haven’t found where the roof is leaking from and it has been difficult to find workers during the pandemic.

“We can’t find custodians or contractors,” she said, “and sometimes the ones we find don’t want to enter a building because they’re afraid of catching COVID.”

Heroux denied that management does not return messages. She said many tenants often pay their rent late and they are the ones who are almost impossible to reach.

“It’s give and take,” said Heroux, who said someone would come next week to fix the roof.