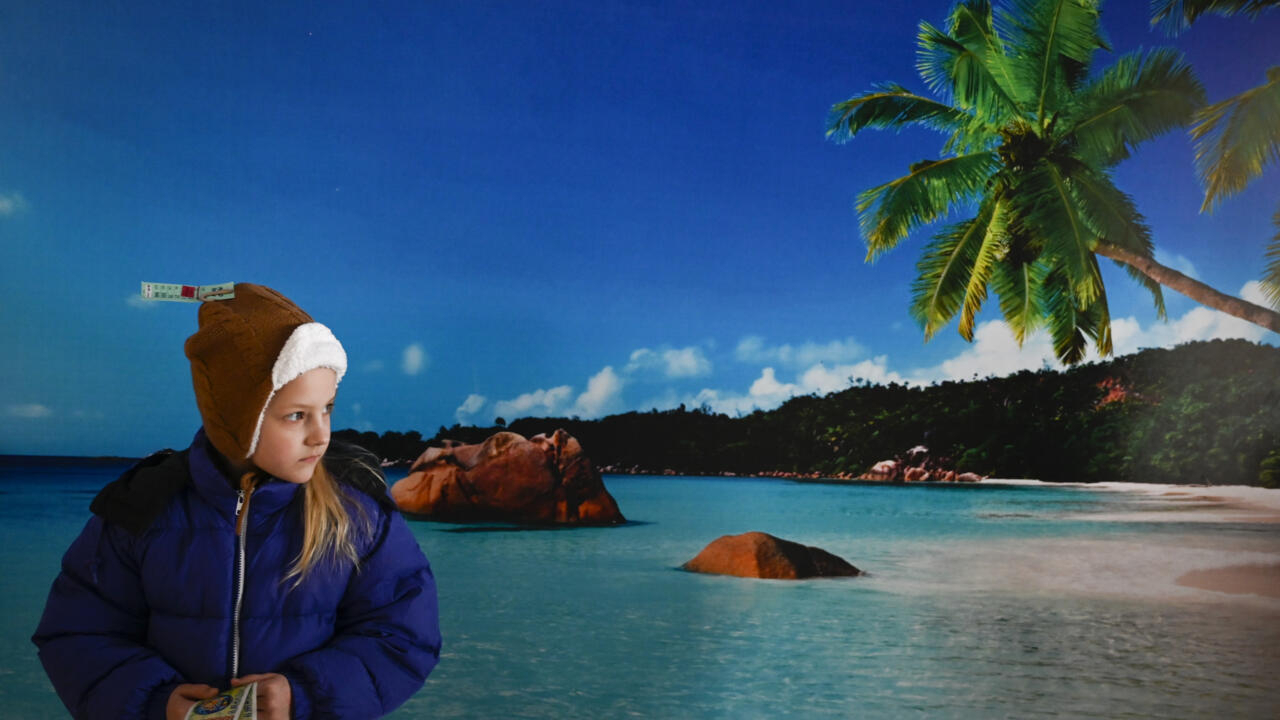 Ukrainians return to their Bulgarian resort as refugees

Kiten (Bulgaria) (AFP) – They have been here before as vacationers. Now they are back as refugees – hundreds of Ukrainian children and their mothers, refugees in a Bulgarian summer camp in the Black Sea.

Everything has been shut down for the winter in the small resort town of Kiten and there is hardly anyone on the streets under sunny but cold March skies.

One hotel, however, is buzzing with activity — toddlers running around, women chatting in the hallways, handing out towels and snacks, or sitting with information on their phones.

Hotel owner Kostadin Milev, 32, has been welcoming Ukrainian vacationers every summer for 10 years. When Russia invaded its neighbor, it was only natural that Milev opened up earlier than usual to offer them shelter.

Thanks to his Ukrainian tour operator, Aleksander Lishanski, buses have started running to and from Ukraine at least once a day to pick up distressed children, mothers, grandmothers and aunts and bring them to the place they now call “our home away from home”.

Over 400 people have been welcomed to date.

They arrived to find the benches around an outdoor stage painted in the blue and yellow of the Ukrainian flag. On the sidewalk outside, children wrote “Slava Ukraini” (“Glory to Ukraine”).

“It was the only place abroad that we knew would accept us, shelter us and help us,” Yuliya Molchanova, 43, told AFP. She hugs her 12-year-old daughter, Nastya, who has been here five times before.

When their northeastern city of Kharkiv was shelled by Russian forces, they spent five days in an underground shelter before heading to Kiten a week ago.

“We couldn’t take anything when we left. Now we have everything,” smiled Yuliya, showing off a pink sweater donated by a stranger.

She reads a poem she wrote to thank Bulgaria for sharing “its peaceful sky, its warmth and its love, its bread and its water”.

Bulgaria has long been a popular destination for Ukrainian tourists and seasonal workers. Some 470,000 of them visited it in 2021.

While Yuliya insists they “will of course go back when there is peace”, 28-year-old mother-of-two Oksana Kuskova isn’t so sure.

“Our house was bombed and sadly we won’t have anywhere to go back to,” she says as she watches her toddler play with a colorful stroller.

Oksana accompanied Ukrainian children here as a choreographer for four consecutive years and feels reassured to stay with other Ukrainians.

“It’s hard and sad but thank God we are safe. Here, together, we support each other,” she said.

She remembers her baby girl initially refusing to leave her hotel room and continues to duck as planes fly overhead.

Many children have been to the resort before and the hope is that they will find the familiarity comforting.

“The most important thing is that the children are well, that they do not hear the sirens and do not witness the war,” sobbed Galina Yaloza, 65, a resident of Dnipro.

She arrived at the center with two other relatives and her four grandchildren, including two babies.

Some mothers, like Alexandra Grishina, 35, also from Dnipro, brought not only their own children, but also others they were told to bring to safety.

They try to recreate some sort of normal routine to reassure the youngsters.

As the older children take online lessons on their laptops, some of the little ones huddle around a woman who reads aloud and dozens of others play.

So far, the hotel has funded the relief effort itself through donations.

But Milev says he hopes to get help from the government soon – he is preparing to host up to 1,000 Ukrainians and bracing for a “sudden” electricity bill.

More than 94,500 Ukrainians have crossed the border into Bulgaria since the start of the Russian invasion on February 24 and 50,000 have remained in the country, according to Border Police data.

Half of them were hosted by ordinary Bulgarians or through voluntary initiatives like Milev’s.

The government has been slow to open reception centers and is only starting to accept applications for temporary refugee status this week.

One of the desks in the manager’s office is filled with documents to allow anyone staying at the hotel to apply, so that adults can find work and children can go to kindergarten and school.